In which I unfairly judge yet another pedal by giving first impressions instead of time to understand it.

Calling this a review is really not fair to the folks at Chase Bliss – I’ve had this pedal for about a week and having used a few CBA pedals before I now understand that there is a bit of a learning curve before you start to really click with what they’ve built. As an example – I had some real issues at first getting Brothers to do what I wanted it to do, I felt that no matter how I set the pedal I was running into tones that sounded thin and weak, this isn’t the fault of the pedal at all, I just didn’t know how to set it properly or how the two channels interacted together. It took me a few months to figure it out but I’m at the point with Brothers now that I’m comfortable with it being my only drive pedal and confident that I can dial in any tone I want from it.

I’m hoping that the learning curve with Dark World will be a little less after this experience, the two pedals are really quite similar – independent channels that can be routed in parallel or into each other in different orders. The Dark world’s channels are:

This channel is a collab between Chase Bliss and CooperFx – makers of the Generation Loss and a few other incredible pedals. This is the “weird” side of the pedal for sure, featuring 3 voicings with very different outputs. These voicings are Mod / Shim / Black. They all do very different things in very different ways, but each are equally interesting to me – maybe that’s not true – the Black mode is an infinite sustain voice, which is basically my favorite thing ever.

The mod voice is based on the CooperFx Generation Loss which is a really unique lo-fi type of reverb / echo / filter that introduces a lot of tape style noise, hiss, pops, warble etc slightly simulating a VHS cassette. Blending this in with the original signal, or replacing it entirely makes for some really interesting atmospheric sounds – especially when its fed into the World side of the pedal (more on this later)

Chase Bliss take on the ever popular / controversial shimmer reverb that Strymon has made basically ubiquitous across reverb pedals – I’ll admit that i’m not a huge fan of shimmer reverb, I feel that it’s almost always mixed too high and isn’t a very pleasing sound to me, too bright, shrill etc etc. This channel does it a bit differently and with the ability to run a low pass filter this can create some interesting sounds by blending the octaves but killing most of the treble frequencies.

Infinite sustain / freeze is one of my favorite effects when it comes to ambient style playing so this function was incredibly interesting to me when I first saw it – some of the demo videos I saw made this out to work a bit differently than it actually does, but the gist of it is that the infinite sustain is controlled by how hard you hit the strings, allowing you to build up large chordal pads and then ‘reset’ them by striking a new note, and then starting the process again. Sounds like fun right? it is.

This channel is another collaboration this time with Robert Keeley of Keeley Electronics fame. This was an interesting pairing to me when I saw it announced, Keeley produces a ton of pedals and is really a legend in the boutique pedal game – I don’t know many guitarists who haven’t owned a keeley compressor at some point, which really says something about a pedal that isn’t exactly a go-to for a lot of people the way fuzz and distortion tends to be. He’s created a ton of great stuff over the years and continues to release an almost unbelievable amount of pedals / limited edition runs / modifications year over year. Having him help out with the more traditional side of things makes a lot of sense.

This voice provides a great sense of space and room – volume in the measurement sense, not loudness. Running this channel into the Dark side provides some really interesting results by really expanding the size of the guitar signal before smashing it apart on the Dark side.

Coming from the ambient side of things when it comes to pedals – I was obviously drawn to the plate reverb on this side of things. I use plate reverb on basically everything I record and usually rely on it coming from the Universal Audio OX – emulating a giant stereo studio plate reverb unit, but this setting does an incredibly good job of producing a giant sound without needing the more powerful CPU / emulation that OX has. This plate reverb stands up next to any other pedal ive used – easily in the same realm as the Empress Reverb, Strymon Big and Blue Sky etc.

The idea of emulating a spring reverb is honestly a tricky one – I’ve yet to see anyone manage to create a pedal that comes even close to the tweed era Fender spring reverb tanks, this one is a solid spring emulation but theres always that digital processing on these settings. I don’t fault the pedal for this at all because I’m beginning to doubt its possible to emulate this well.

This thing is really killer, I love the more experimental side but the traditional stuff works great as well. I’m sure this’ll only become more apparent once I get more of a feel for combining the two, running things in parallel etc etc but first impressions are that this is a really killer release with a ton of sounds available immediately. I was happy that I was able to dial in some really inspiring tones without too much manual diving. Chase Bliss pedals pack a lot of features into a small box and the ramping / dip switch stuff always seems very overwhelming but as Joel says in the manuals – its probably best to pretend they don’t exist for the first little while and come back to them once you’ve familiarized yourself with the pedal. This is what I intend to do.

Expect a followup on this in a few months after I’m a bit more familiar with the pedal. Will I still own it? Will it still inspire me? Probably.

Interested in picking this pedal up? Pick it up on Reverb and help us produce more of this content at no cost to you! 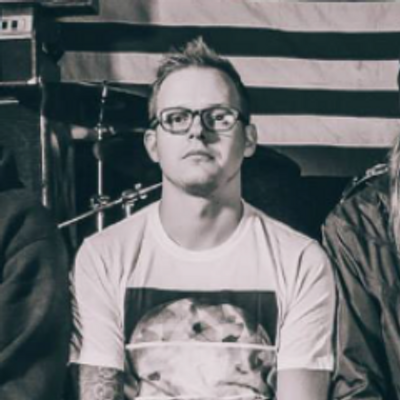